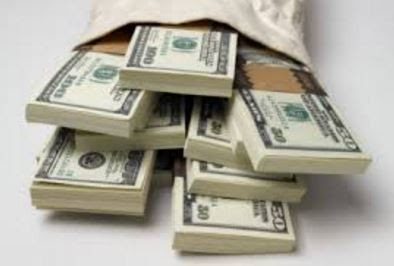 A senior counsel in the defence team of Delta State Governor Ifeanyi Okowa has lost $200,000 in a popular hotel in Asaba, the Delta State capital.

According to the Nation,the black market value of the stolen money was about N44.6 million.

But the Delta State Commissioner of Police, Mr. Baba Alkali Usman, confirmed to The Nation that $100,000 was stolen.

It was unclear what the money was meant.The defence lawyers to the governor were lodged at the hotel adjacent to the tribunal throughout the duration of the election petition.
The lead lawyers in the defence team are: Dr. Alex Izinyon (SAN) representing Okowa (the first respondent); Mr. A.T. Kehinde (SAN) for the PDP and Damien Dodo (SAN) for the third respondent (INEC).

It was learnt that four suspects – two females and two males – were arrested and detained by the police over the theft.Of the four, a female believed to be the girlfriend of one of the suspects was also arrested.

The suspects are Uchechukwu, Florence , Favour and Chidozie.It was learnt that the suspects were granted N180,000 bail.

The last two suspects, who were unable to pay the bail sum, were held until their relatives paid N50,000.

The suspects were kept at the Police ‘A’ Division for three weeks before they were transferred to the state police headquarters, where they spent another three weeks.

A source, who spoke on condition of anonymity, revealed that the girlfriend to one of the suspects was apprehended on the ground that the money might have been hidden in her house.

The Nation gathered that subsequent search on the lady’s home by the police did not produce any incriminating evidence..