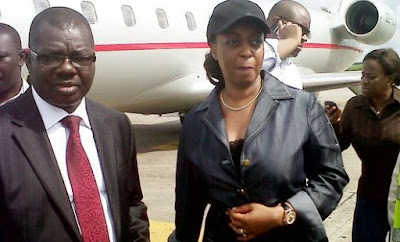 Anti-graft investigators with the EFCC are currently interrogating a former managing director of one of the subsidiaries of the Nigerian National Petroleum Corporation and three former executive directors of the oil corporation under ex-Minister of Petroleum Resources, Mrs. Diezani Alison-Madueke.

The four oil sector big boys are said to be under investigation by officials of the Subsidy Unit of the EFCC and their counterparts from National Crime Agency of UK in relation to the case against Diezani.

The four of them were said to be “very close” to Alison-Madueke while she was in office.

A top operative of the EFCC said investigation into the activities of NNPC involved other powerful men.

The source added that the UK Police, which had been monitoring the former minister for close to two years, had “something substantial” before moving against Diezani. She may get 10 years in prison.