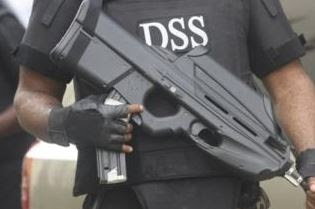 The Department of State Services has arrested 45 suspected Boko Haram members in connection with a foiled attack on Dolphin Estate, Ikoyi in Eti-Osa Local Government Area of Lagos in September.

According to Punch ,the DSS also charged the suspects to a Lagos State Magistrate’s Court sitting in Isolo on Friday and the court ordered the remand of the 45 suspects in Kirikiri prisons in the state.

The DSS, which obtained the remand order on the suspects, told the court that they were arrested in connection with a foiled attack on Dolphin Estate, Ikoyi in Eti-Osa Local Government Area of Lagos in September.

The DSS said the suspects were arrested following intelligence report on their alleged plan to attack the estate, which is in a high brow area in the state.

The security operatives told the court that the suspects had volunteered confessional statements, adding that arms were recovered from them.

The DSS urged the court to remand the suspects in prison pending further investigations.

The magistrate, who asked that his name should not be disclosed for security reasons, granted the prayers that the suspects be remanded in prison.

An affidavit presented in court disclosed how a team of the DSS cordoned off the area, intercepted the suspects and carried out the arrests.

The raid had taken place at the Ijora 7-Up area of Lagos, after a tip-off on the activities of a terror network coordinated by Iranians in the city.

The suspects, a Chadian, identified as Aminu, and a Northerner, whose identity could not be ascertained, were arrested after soldiers ransacked a building in the area.

Aminu was said to have concealed some devices suspected to be explosives in boxes, which were stacked in the ceiling of the house. Also recovered alongside the suspected explosives were two AK47 rifles.

The National Security Adviser had also recently issued a security alert on the likelihood of Boko Haram attacking Lagos seaports following concerns expressed by the United States Embassy on the level of insecurity at the country’s seaports.

Following the security alert, it was learned that the Nigeria Customs Service had begun the restriction of persons into its various commands and formations in Lagos.