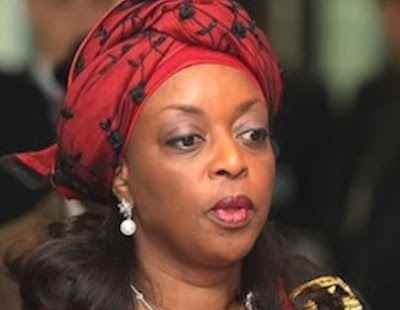 Nigeria’s former Minister of Petroleum Resources, Diezani Alison-Madueke, has been released from detention several hours after agents of the UK National Crime Agency arrested her from her plush flat in Westminster City in London.

Mrs. Alison-Madueke had been taken to the Charing Cross Police station in London where she was booked, interrogated and later granted bail. Our source in the UK disclosed that the former minister’s international passport was taken from her to prevent her possible flight from the UK.

On her release, the former minister, who oversaw a series of controversial deals during her tenure as Petroleum Minister under President Goodluck Jonathan, returned to her flat on Edmund’s Terrace in Westminster City.

The UK’s National Crime Agency (NCA) confirmed today its agents had arrested five individuals in connection with international bribery and corruption. The agency revealed that the arrested persons were aged between 21 and 60 years of age.

A source at the Economic and Financial Crimes Commission also told SaharaReporters that, while Mrs. Alison-Madueke was being interrogated in the UK, EFCC agents were also searching the offices of Nigerians suspected of being the former minister’s co-conspirators.

“The EFCC has sealed Mrs. Diezani Alison-Madueke’s Abuja home in Asokoro as well as the SPOG Oil offices of Jide Omokore and also Omokore’s home in the Ikoyi area of Lagos,” our EFCC source said.

Mrs. Alison-Madueke is expected to return to the Charing Cross Police station on Monday for further questioning.

Governor Adams Oshiomhole had disclosed that US authorities revealed that a former minister in Mr. Jonathan’s administration had stolen as much as $6 billion. Even though Mr. Oshiomhole had not mentioned the name of the former minister, there were speculations that the reference was to Mrs. Alison-Madueke, a former Shell BP executive who became a power unto herself during her ministerial tenure.