Home Gossip News Tips Has PDP Run out of Ideas or is APC Getting Intoxicated with Power?

Has PDP Run out of Ideas or is APC Getting Intoxicated with Power? 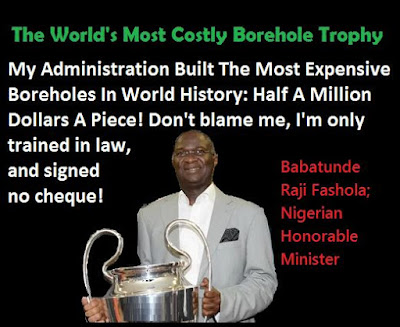 "How the mighty hath fallen," the Book of Samuel says. Pride goes before a fall and so also does tyranny. It is not rare to get intoxicated with power, it happens rather every so often. Not so long do we assume new roles, titles and offices, than we forget the processes that got us there and where we are coming from, and begin to trample on the very shoulders that lifted us, demolishing their homes and deporting them from their locations. Not too long after we cried of being sidelined and hounded do we turn our guns on others and hunt and hound them without equity, just as we had been; till "The weapons of war have perished!" as 2 Samuel 1:27 continues. They say, without equity there is no justice and without justice there can be no peace. They speak the truth.
So when I read the response of the APC to a petition by the PDP of the APC having swerved from its promise of fairness and equity and commenced on a path of partisan witch-hunting, hounding and blatant hypocrisy; though I recognized that the PDP is a decaying, putrefied carcass and nothing better than a broken clock; as we have often said and been told, a broken clock tells the right time twice a day; I recognized that this was one of those times. PDP was right.

And if I wanted to deny that PDP was right and that indeed the APC was more party than progress, would the dismissive response the Presidency gave PDP's charge also address the similar opinion of foreign REUTERS? For REUTERS had said "With cabinet, Nigeria's Buhari puts party before reform." Is REUTERS too simply out of ideas? Oh, the making of Reuben Abati!

No, such 'slight' answers do not cut it, and if they do, not for too long. The type of answers that elitist and political appointment dependent and power intoxicated Fashola gave the senate when they asked how and why he spent almost $500,000 through his bosom friend, Dr. Tunji Olowolafe, aka, Lafe, to build a single borehole (at 500 times the price): that he did not write cheques or fix prices and was a lawyer by profession...not a contractor or accountant. From an executive governor and the chief executive accountant of the state? Those type of responses glazed with insolence and arrogant chutzpah are a glissade to our doom.

Well, I recommended Godswill Akpabio give the EFCC the same response, by coincidence or perhaps to make us recognize our hypocrisy better, Godswill is a lawyer by profession too. Who would have thunk?

So we ask, why is lawyer Godswill Akpabio arrested and Fashola who the ICPC begun a probe into, rewarded as a minister which will give him powers over the very ICPC and EFCC supposed to investigate him? Is this not a conflict of authority and injudicious? Party over reform, REUTERS rightly said. Thank God sometimes for foreign media.

There are various arms of government, from each, Nigerians are expected to get laws and respite. While anti-people Fashola could be charged to court, the court of the senate sat on his case and asked questions in our stead. We asked him to explain the $500,000 boreholes and he insulted us. And our arm of government, rather than redressing him and commencing a probe of him for his insolence, rewarded him.

They say, who else? I say, any of the millions of untainted Nigerians.

Can we simply overlook admitted $12,500 beds while the masses sleep on the floor? Shall we simply forget Okija shrine visits? Or where Lokpobiri was just yesterday, fighting against change? Or ignore who Abubakar Audu is, with all the corruption cases against him, who APC presents to the poor Kogi people once again. And why he was not disqualified ever before the Primaries?

Let death come upon me the day before I become a dangerous hypocrite.

2 Samuel 1:25 says: "How the mighty have fallen in battle! Jonathan lies dead on the hills."

Indeed so Jonathan lays 'dead'. and who knows, perhaps it shall be we who lay slain next, and perhaps quicker than Jonathan fell.

While without question, we appreciate where we are from the trenches where we were, this is not quite where we hope to be.

The first thing about "change" is "change!" 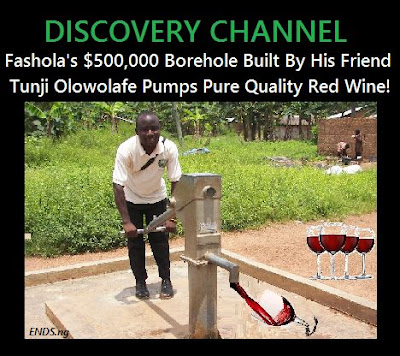 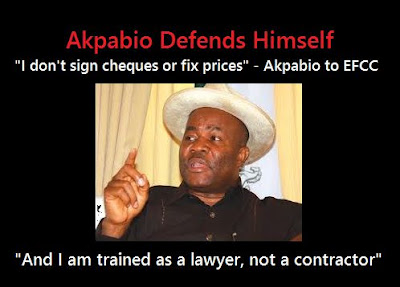