I have no interest in Amaechi’s appointment – Wike 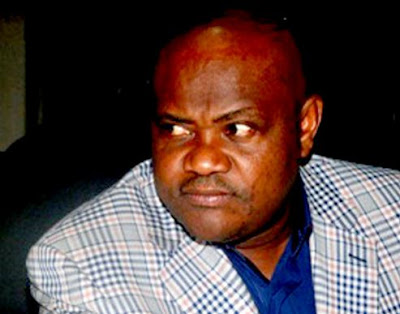 The Rivers State Governor, Chief Nyesom Wike, has insisted that he doesn't care if his predecessor, Mr. Rotimi Amaechi is appointed as a minister or not.

The reason he made this statement was because of the claims by the All Progressives Congress that he was orchestrating a protest against Amaechi’s likely appointment as a minister.

Speaking through his Special Adviser on Media and Publicity, Opunabo Inko-Tariah, in Port Harcourt, on Monday, the governor described the claim that he was working against Amaechi’s likely appointment as ridiculous.
He said:

“It is not only spurious, but fatuous and malicious. Governor Wike has no cause to orchestrate a protest against the appointment of Rotimi Amaechi.

“Let me reiterate for the umpteenth time that the governor has no nexus with the appointment of Amaechi or otherwise. It is the right of the President to appoint anybody of his choice provided such an appointment is in sync with the relevant laws.

“It is apparent that the APC in Rivers State has exhausted its basket of lies and barren propaganda but still wants to be heard or noticed despite its waned popularity in the state,” Wike said.

“Governor Wike’s concern now is to clear the rubbish Amaechi left behind in his eight years of maladministration that impoverished the state and the people.

“Therefore, if the APC is dispensing such unfounded falsehood as a stratagem, it has failed. Or, is the APC distraught that Amaechi might not scale through the screening because of his antecedents?

“If that is the problem, it (APC) should think of how to sort it out and not spread falsehood to gain sympathy. Governor Wike is not interested in Amaechi’s matter because it is inconsequential,” he added.