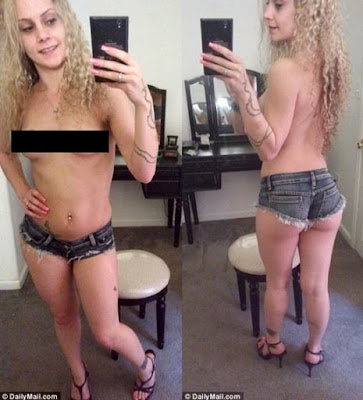 One of the two Nevada prostitutes at the center of the Lamar Odom overdose has broken her silence to tell Daily Mail Online: 'I didn't do anything wrong – I saved his life.'

Monica Monroe was one of the two petite blondes picked out of a line-up by Lamar, 35, when he arrived at the Love Ranch on Saturday afternoon.She has now left Nevada and has gone into hiding. Dailmail reached her on phone and she said.

Monroe is said to have handed her check back voluntarily and, according to multiple sources, is distraught over what happened to Lamar.

'I haven't got paid. First of all, the $75,000, it's half with the house,' she added. 'On top of that, me and the [other] girl have to split it, so we don't get $37,000 each.'I just found my man murdered not that long ago. And then my mother's house was shot up, someone was looking for me and I'm in a witness protection program. 'And now my hair, my new dark that I dyed – because I'm not blonde anymore - it's out in the news. I have a problem now.'