Ibori mourns Alameiyeseigha, says he was never a corrupt man 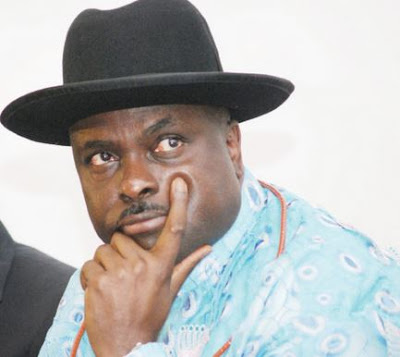 Former Delta stat governor, James Ibori has released a statement mourning former Bayelsa state governor, Diepreye Alameyeseigha who died of cardiac arrest yesterday October 10th. In a statement signed by his spokes person, Tony Eluemunor, Ibori described Alameyeseigha as a victim of of great hypocrisy masquerading as nationalism and anti-corruption fight. He said the late governor had only one house which was in his village, Ammasoma. Ibori is still in London where he is serving his jail term for money laundering offences. The statement in part reads;

"Alamieyeseigha became the victim of great hypocrisy masquerading as nationalism and anti-corruption fight. Alamieyeseigha was lied against, as heaps upon heaps of untruths were piled on him, and national hysteria replaced public discourse whenever the subject was Alamieyeseigha. He was plotted against by those who swore they were fighting on the side of good even though they had taken high seats in the devil’s court. How many people would believe that Alamieyeseigha had only one house? And that is in his village, Amassoma! One day, no matter how long the delay, Alamieyeseigha’s real story would be told, the truth about him would be unearthed and the world would know the kind of virulent politics he was victim of. We were not just colleagues in the governors forum from 1999. In the man I found a boundless and dependable warrior in the battle for the cause of the Niger Delta. He was fearless, forthright, outspoken and dedicated his life to the causes he believed would benefit his people. In fact, he was consumed by the cause of the Ijaw people, the degradation of their environment and collective psyche. He was in a hurry to see that the injustice under which they laboured be redressed; and he was ready to bear any pain, pay any price, to see that their day of liberation arrived fast. Rest in peace great Ijaw leader. Rest in peace, the governor General of the Ijaw nation. May God grant your family and the Ijaw people the grace to bear this monumental loss.”.