Kardashian Mom, Kris Jenner Proposes to Her Young Lover on Her Knees! [PHOTOS] 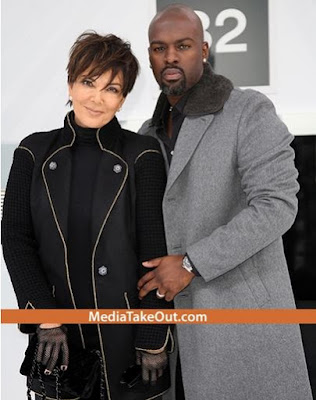 According to an exclusive report, 59-year old American TV personality and Kardashians matriach, Kris Jenner, allegedly went on her knees to propose to her 34-year old young lover, Corey Gamble.

In the sneak peek clip from Sunday's season finale of Keeping Up With the Kardashians, Khloé Kardashian and her BFF, Malika Haqq sit Corey down to find out his intentions with the 59-year-old E! reality star.

Have you always been attracted to older women? Malika asked. "Since I used to hit on my second grade teacher. But it's not even an age factor, it's just a connection." Corey answered.

Do you want to get married? Khloé asked. "I don't think love is measured by that piece of paper because I know people that are not married that are strong as hell," he responds.

Below is how U.S gossip website, MediaTakeOut.com reported the engagement story;

"Kris Jenner PROPOSED to her boyfriend Coery Gamble, two days ago - while the couple was in Paris. We're told that it was a private and intimate proposal, but that the E! cameras were there - to capture EVERYTHING. And we're told that the network is doing their BEST to keep this hush hush. They made EVERYONE sign a confidentiality agreement. 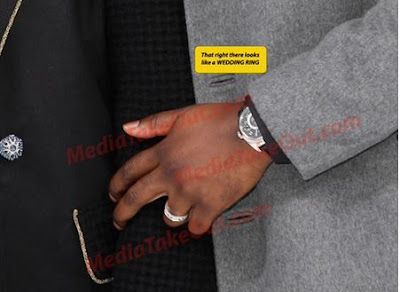 Of course, Corey said yes . . . not because he LOVES Kris, but because he's looking for a COME UP. He called his family yesterday and told them the good news, and had them SWEAR not to tell anyone. Fortunately for us . . . not all of Corey's kin are fans of his new relationship . . . and so one snitched to us."