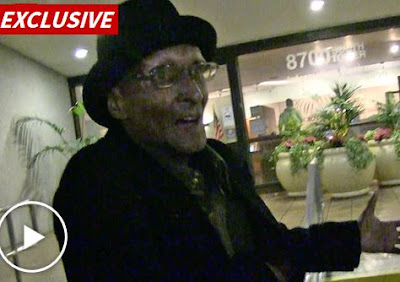 Lamar Odom's dad went to see his son last night but he was shut down, and he blames Khloe Kardashian. According to TMZ,

An angry and frustrated Joe Odom went to Cedars-Sinai Medical Center in L.A. Wednesday night, but he was told he wasn't on the visitors list.

Joe is sure Lamar wants to see him ... he says they hung out in Vegas almost daily before his son's medical emergency. The elder Odom is convinced the Kardashians are behind it all, which, as he says, pisses him off.