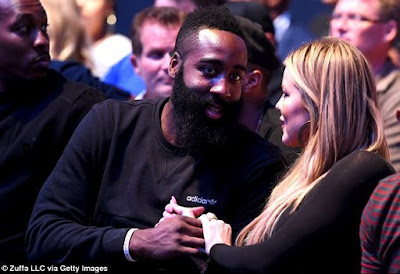 Anyone surprised? Khloe Kardashian has put a hold on her relationship with James Harden, in the wake of Lamar Odom's medical crisis ,TMZ reports

We're told Khloe is putting her relationship with the NBA star on ice, and as one source puts it, it doesn't take a rocket scientist to see she still has deep feelings for Lamar.
It has also been claimed that Lamar, managed to tell Khloe that he 'loves her', after waking from a coma.She has vowed to support him especially as it's thought ex-NBA star Lamar will take months to be nursed back to health.

Meanwhile, Lamar has now been discharged from Sunrise hospital in Las Vegas and transferred to LA. E News! reports Khloe rode in the helicopter with her husband...