Kris Jenner embarrassed after having sex on a plane 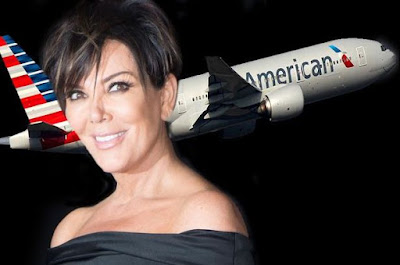 Kris Jenner's "most embarrassing" moment in life was having sex with former husband Caitlyn Jenner on a PLANE.

The 59-year-old revealed an merican Airlines flight attendant announced to the other customers over the tannoy that she and ex, formerly known as Bruce Jenner,had sex.

Speaking in Cosmopolitan magazine's 50th anniversary issue, she said:
"The most embarrassing moment was when I was with [Caitlyn] on a commercial airliner in first class. We joined the Mile High Club and felt we got away with it.""We had sex in the bathroom and we came out and nobody said anything.

"At the end of the flight, the flight attendant got on the microphone, 'Congratulations, Mr. and Mrs. Jenner! You've just joined the mile-high club. We're so proud of you, and we decided to give you a bottle of champagne! Yay!' I could not squish down in my seat low enough. I was mortified."