Lamar Odom has 50/50 chance for survival, took about 10 different sex pills before his crisis 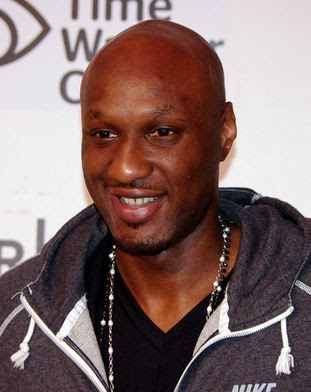 According to a report by TMZ, former NBA star Lamar Odom has a 50/50 chance of survival. They also confirmed that Khloe is still married to him and is now making all the decisions on his behalf.

Sources at the hospital tell us doctors are now saying Lamar has a 50/50 chance of surviving after enduring multiple medical problems ... the apparent result of complications from drug use.Our sources say doctors are saying 4 of Lamar's organs, including his kidneys, are failing. As we reported, he's had a series of strokes in the hospital and has heart problems as well.

The doctors are saying with each failing organ the chances of survival go down significantly.
We're also told doctors are having trouble determining the extent of any brain damage because the organ issues make it difficult to test and get an accurate reading on brain function.Another TMZ report below...

Lamar Odom took 10 Reload pills over the course of 3 days before he fell into unconsciousness -- according to people at the brothel -- and the FDA says the pills are so dangerous they've advised consumers to throw them away IMMEDIATELY.

The FDA determined Reload contained sildenafil, the active ingredient in Viagra. The label does not reveal the presence of that ingredient, which is normally restricted to prescriptions monitored by a doctor.

The FDA sent a warning to consumers in 2013, saying, "Consumers should stop using this product immediately and throw it away."

The brothel sold Reload and Lamar got it when he arrived. The Sheriff seized the remaining inventory of Reload from the display case.

We tried to get in touch with the company that makes Reload, but it looks like it went out of business.