Home Celebs Entertainment Gossip Lamar Odom is out of coma and speaking to Khloe - E!

Lamar Odom is out of coma and speaking to Khloe - E! 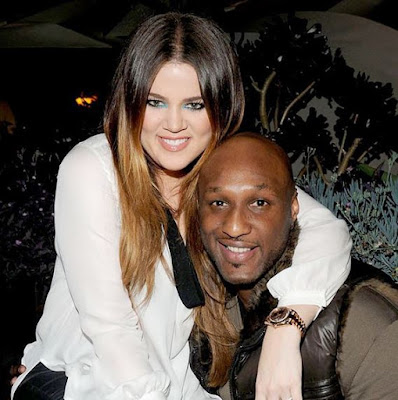 According to a breaking news report by E News!, Lamar is out of coma and now speaking to Khloe Kardashian..According to E!

The 35-year-old former NBA star has woken up from a coma he slipped into after being hospitalized on Tuesday, following a drug overdose at a brothel in Nevada, and is able to communicate. On Friday, Odom opened his eyes, saw Khloé Kardashian, who has been by his bedside as he fights for his life, said, "Hey, baby," gave her a thumbs up and then went back to sleep, a source told E! News. The source also said he is no longer using a breathing tube. Another source told E! News Odom is speaking and functioning and that his children and other family members, including cousins, are all with him now. Khloé, 31, who arrived with mom Kris Jenner and several of her sisters, had had Odom's father, his two kids and their mother flown in to see him.

This love story may just have a happy ending!