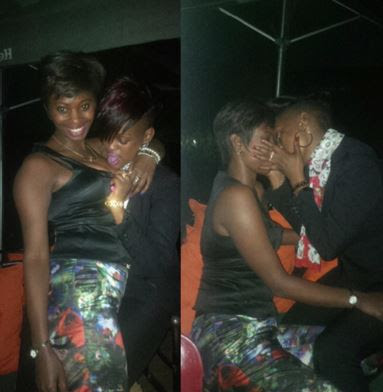 Kogi State University is in the news again and its for unpleasant reasons, again. Its not cultism this time, or examination malpractice. This time, its for lesbianism.

Some of the students involved are those of Economics and English Education departments.

In a recently leaked video that has now gone viral, two students, are seen in a heated session. Due to the nature of the video, This news site  won't be releasing the images or revealing the names of the students involved.

Further investigations have shown how deeply rooted the culture is in the University.

One of the girls is considering leaving the University to avoid the almost certain stigmatization she might suffer.

A Zoology student who spoke to Vanguard on the condition of anonymity, said:

“Kogi State University is fast becoming the comfort zone for lesbians. Many Jambites are lured into the ring because they don’t even know what it is all about.

What they do now is to relocate off-campus in order to enjoy the privacy needed for their illicit and immoral act. Once in it, it is so difficult to renounce because lesbians share a lot of gifts to keep victims in it.

The authorities of this school may need to take drastic steps to restore the moral integrity and discipline for which we were known."

When Vanguard got in contact with one of the lesbians, she said she was lured into lesbianism in her first week on campus by a very wealthy 300 student.

“My attention was drawn to the video in circulation by one of my friends. When I watched it, I knew that was the end of my stay in this school.

Many of my course mates already have the video, so it will be difficult for me to continue my academic programme because of possible stigmatization. I have brought shame to myself and my family.”

No official statement has been made by the University authorities regarding the scandal, but there a reports that investigations by the school are ongoing.