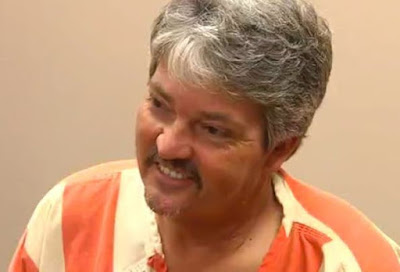 A man claims he stole a truck so he can be jailed just to get away from his wife. Hayden Vandiver is accused of breaking into his old workplace, damaging property and stealing a pickup truck belonging to his former boss, who he despised.

Speaking from behind bars to News 2, the 51-year-old from Tennessee, US, admitted the rampage last Sunday and said he was under the influence of drugs.

But a grinning Vandiver also said he planned to get caught so he would be jailed and forced to leave his wife, reports WNCN.
He said: "She is having a bad time right now. She knows I did this to get away from her."

He added: "It made me feel great because I know it will hurt him. He’ll come in the next day and his little baby ain’t sitting there and it is four foot in a creek. “The only thing I didn’t like about it was swimming out of it.