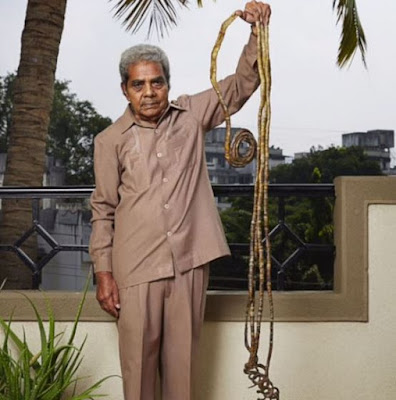 A man who has not cut his fingernails since 1952 has made it into the Guinness Book of records. Shridhar Chillal officially has has the world's longest fingernails on one hand ever, with their combined length coming in at a staggering 909.6cm. One of his thumbnails alone is two metres long.

The 78-year-old is so proud of his wares that he has offered to dedicate them to a museum, but he says they were nothing but trouble in his younger years.

"When I was to get married, no one was ready to marry me, I saw nearly 10 to 12 girls," "If the girl agreed to marry, her parents would say I would strangle their daughter's neck and refuse."If the parents agreed, the girl would say she would not marry such a dirty person."Our family members opposed, then teachers were opposed but I decided from that point on that I would never cut my nails again," he said.

"Initially, difficulties appeared everywhere in my daily life."My family really didn't like it, no one would wash my clothes and I had to wash them by hand. "Finding a job was also difficult, as no one was ready to employ me..I can tell everyone now with pride about my record," he said. "When I am on my travels, people will recognise me as a Guinness World Records title holder." 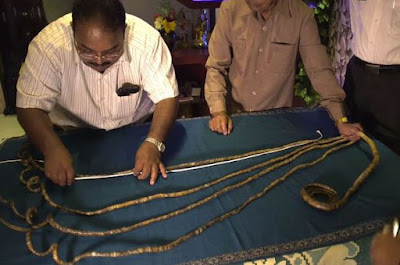 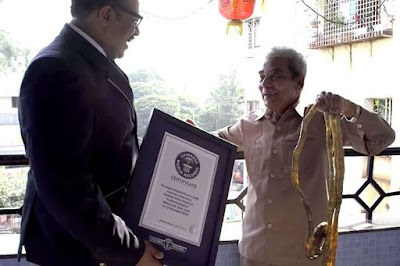 Nonsense! You suffer yourself all because of one stupid earthly award! Some people Are automatically stupid!