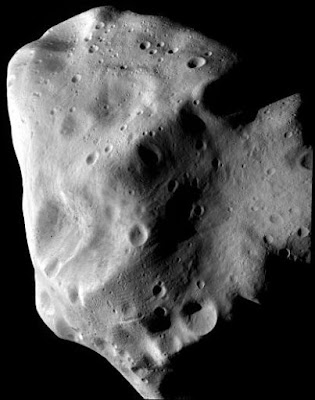 NASA has confirmed that a massive asteroid measuring approximately 2 miles wide is headed Earth’s way but is most likely to flash past harmlessly by the weekend. The asteroid, originally identified 16 years ago, may be classified as a “potentially hazardous object” the agency reports. However, it also clarified that the asteroid is unlikely to hit the planet, affirming that no other “observed” asteroid or comet is expected to impact earth “in the foreseeable future.”

An asteroid can be classified as a potentially hazardous object when it sets upon an irreversible collision course with Earth and carries the potential for inflicting extensive damage to it upon impact. Any large asteroid that comes inside 7,402,982 km of Earth can be described as a potentially destructive asteroid.

The super-sized 86666 (2000 FL 10) asteroid will be one of the largest ever rocks to zip past Earth in recent times. It is believed to be thundering through space at a velocity of 40,000 miles an hour, according to NASA, and is estimated to measure a massive 1.6 miles in diameter, although its precise magnitude has not yet been determined. Experts warn that a collision event of such magnitude would be nothing short of Earth-shattering, with a potential to trigger devastation of cataclysmic proportions.

Based on the strength of an asteroid’s reflected brightness, its actual size can be estimated. Many such incandescent “near-earth” celestial drifters are apparent in the night sky and can be spotted with the assistance of a standard backyard telescope.

Asteroids can provide our planet with the core ingredients of life and water. Studies of their extraterrestrial origin, as well as their elements, have long assisted scientists in comprehending the awe-inspiring perplexities of the solar system. However, these rocky worlds orbiting the sun are not large enough to be scientifically characterized as planets.

According to experts, many such rocks have struck Earth at some point in the past, and therefore a possibility of a likely future collision-event can scarcely be ruled out. Most known asteroids wander across a vast sphere located within the inner solar system between the orbits of Mars and Jupiter. This territory, commonly referred to as the great “asteroid belt,” is home to more than 200 such rocky worlds, many of them estimated to be larger than 60 miles in diameter.

In 2012, a NASA study calculated the number of asteroids that may pose a foreseeable existential threat to Earth, designating them potentially hazardous objects, dispersed across the vastness of space. The study uncovered approximately 4,700 of these drifting worlds larger than 330 feet wide and orbiting perilously close to the Earth with potentially ominous implications for the planet in the event of a collision.

Meanwhile, experts from NASA are now monitoring 86666 as it approaches the planet. Scientists also estimate that another gigantic asteroid named as 1999 AN10 is also likely to fly by our planet in 2027.