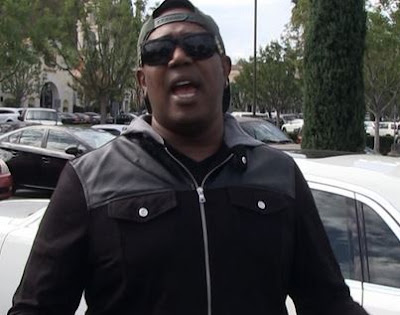 Rapper and record label executive Master P was cornered as he came out of a grocery store by TMZ crew and they asked him what he thought about Kobe Bryant and the Kardashians visit to Odom in the hospital. Master P thrashed Kobe Bryant, saying he was not there for his former team mate Lamar Odom when he needed him the most and is now showing public sympathy.

He said Odom had a huge heart and would do anything for anybody but his so called friends turned their backs on him when he needed them most. That none of them stepped up for Lamar when it counted. He also said the biggest mistake Lamar made was to marry Khloe and warned Khloe's new BF, basketball player James Harden to watch himself or he'll be the next victim. Read full report after the cut... 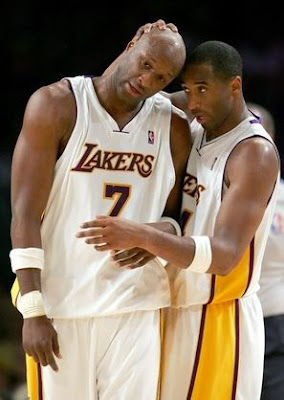 Master P is coming out swingin' at Kobe Bryant -- saying Kobe's public display of emotion over Lamar Odom is an ACT ... because he had the chance to SAVE Lamar, but didn't step up when it counted. Master P was charged up in the video -- saying he was "like a mentor" to Odom and personally knew how serious Lamar was about wanting to return to the NBA.

He says Kobe was also aware of the situation and could have used his clout with the Lakers to get Odom back on the squad, but instead did nothing. "If Kobe was his friend ... Kobe, like, owns the team. He could've got the man back on the team ... that's all he wanted."

P also goes off on the NBA -- saying Odom was "blackballed" from the league over his decision to be on "Keeping Up with the Kardashians" ... because at the time, the NBA wanted nothing to do with them. As for Khloe, P says he truly believed Odom loved her -- but made a mistake in marrying her because "he didn't realize what he was getting into." He concludes with a warning to James Harden.