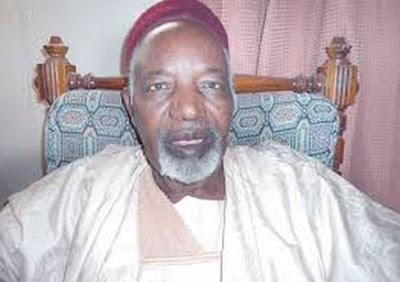 A former Governor of Kaduna state, Malam Balarabe Musa, says he is disappointed at President Muhammadu Buhari’s ministerial list arguing that that there is nothing spectacular about the names.

According to him, “why did it take the President four months to come up with these names? I believe this is the question that many informed Nigerians should ask.

“These are the same old names, ordinary Nigerians who the President knows and he must have even met them several times. So, what is particular about them that he wasted so much time in appointing them ministers.

“But there are about two or three who I can say are distinguished among them like, Audu Ogbeh who I have known for a very long time.

We were together during the Second Republic. “He was a minister while I was governor then. Audu Ogbeh has an outstanding public record that everybody knows.”

They were contained in the list forwarded to him last week Wednesday, September 30 by President Muhammadu Buhari.

Senate President Saraki opened the sealed envelope at 10:45am.

According to him, the President sent the list to him through the Chief of Staff, Abba Kyari, adding that the list contained the first batch of nominees.

Senator Saraki who disclosed that the Senate would commence screening, tuesday 13, said that President Buhari had told him that subsequent names would come shortly.