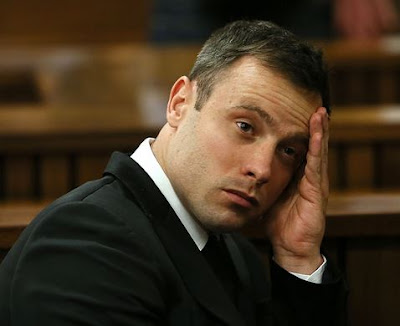 Oscar Pistorius has been freed from prison having served just 12 months of a five-year sentence for killing his girlfriend Reeva Steenkamp.

The 28 year old paralympian is now at his uncle’s mansion where he will see out the rest of the term under house arrest.

He will be required to meet Steenkamp’s parents Barry and June “if and when they agree to meet him”, said correctional services minister Michael Masutha.
Mr and Mrs Steenjamp had appealed against the double-amputee’s early release under correctional supervision but did not make further representations to the parole board that authorised his release last week.

His lawyer Brian Webber confirmed the release and said: “He is at home already.”