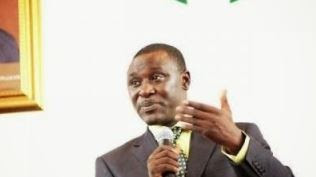 According to report by Television Continental, The candidate of the Peoples Democratic Party,in Plateau State, GNS Pwajok, has died Three days after he was defeated at the governorship election petitions tribunal..

Pwajok was said to have died in India according to family sources. The Tribunal had on Monday pronounced Barrister Simon Lalong of APC as the validly elected governor of Plateau State.