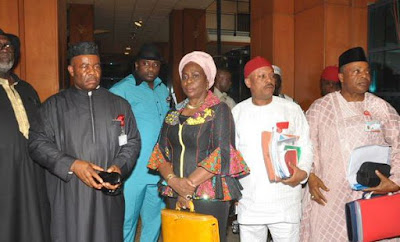 The PDP senators have walked out of the senate in protest of Amaechi's ministerial confirmation The Senate rejected the report of the House Committee on Ethics and Privileges arguing that a nominee who has a corruption case in court should not be confirmed until the case is cleared.
The majority made up of APC senators spoke against the findings,arguing that the senate has no right to interfere in proceedings of the court ,neither should such proceedings influence its decisions.

Amaechi was confirmed minister in the absence of PDP senators.