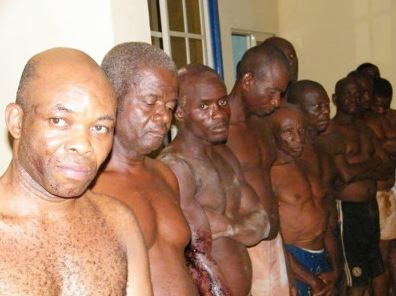 The 17 protesting members of the Indigenous People of Biafra (IPOB), who were arrested by the Anambra State Police Command, have been released.

Police spokesman Ali Okechukwu said those released were 13 women and four men who were protesting the arrest of Nnamdi Kanu.

They were warned by the Commissioner of Police, Mr. Hosea Karma, not to breach the public peace again.According to a statement by Okechukwu after the arrest said:

“The Anambra State Police Command has been drawn to the spurious publication on police action in the dispersal of a crowd of misguided protesters on Tuesday, Ocotober 20, at Awka.
It is evident that on that day, some misguided youths took to the Onitsha/Enugu Expressway, harassing people and obstructing traffic, causing hardship for innocent and unsuspecting citizens as well as commuters.

“On receiving calls from well-meaning people, the police command, oblivious of what and who were behind the protest, despatched officers to the scene.

“The police presence and professional handling of the crowd dispersed them and eased up traffic.

Only a few were arrested, cautioned and released immediately same day.”