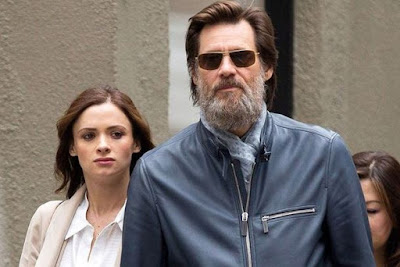 Cathriona White begged on-and-off boyfriend Jim Carrey to “forgive” her in a suicide note, it was revealed last night.

The Irish beauty, was found dead on September 28, just two days after the third anniversary of her father’s death .

In the heartbreaking message to Carrey, the 30-year-old is said to have wrote:

An insider claiming to have read her last letter to Carrey told US entertainment site RadarOnline.
The source said the make-up artist also asked the 53-year-old actor to "take care" of her burial and hand out her assets to her devastated family.
Earlier this week it emerged Cathriona was married to Mark Burton at the time of her death .
While they were separated, he had to give his consent for her body to be flown back to Ireland.