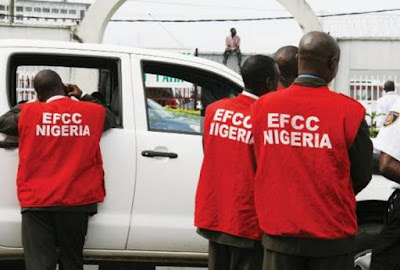 The Chairman of the Economic and Financial Crimes Commission has challenged developed countries of the West to stop the impoverishment of developing nations.

Lamorde said that it was imperative for the Western nations to reject and ensure the return of stolen funds to the affected countries so that they could be put into development projects for the benefit of their people.

He reminded the Western powers that the funds being looted and stashed away in foreign countries were the commonwealth of the people diverted by a few individuals.

The EFCC boss said that it was the gravest form of human rights abuse for the commonwealth of the people to be diverted into private pockets.
He said that human rights violations thrived usually in an environment of corruption.

The Head of Media and Publicity of the EFCC, Mr. Wilson Uwujaren, quoted Lamorde as having made the comment while hosting a two-man delegation from the Amnesty International led by the Senior Director, Office of the Secretary General of the organisation Mr. Colm Cuanachain, in Abuja on Monday.

He attributed the prevalence of water-borne diseases and the poor state of medical facilities to the acts of corruption being perpetrated against the society by a few individuals. He said,

“It is the commonwealth of the people that has been diverted to private use. So, it is the worst form of human rights abuse. When corruption and impunity become the order of the day, human rights abuses flourish.

“When you consider the cause of water-borne diseases suffered by the people in rural areas, it is because someone has diverted the funds meant for pipe-borne water in those areas.

“Also, when you consider the fact that our hospitals lack the basic amenities, it is because some people have kept the funds allocated to the hospitals to themselves. I, therefore, urge you to consider partnering with the EFCC,’’ he said.

Lamorde also denied claims that corruption suspects were being made to give their statements under duress.
He said that it would be impossible for any interrogator to commit human rights abuse during the process of interrogation as the interrogation rooms had camera and other other state-of-art recording facilities.

The statement also quoted the Senior Director of the AI, Cuanachain, has having opposed the demand for death penalty for looters.

He said that capital punishment for looters was not the best option to fight corruption.

He said that only nations that took the campaign against corruption with seriousness could experience rapid development.