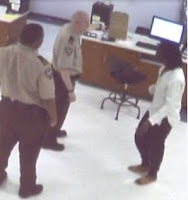 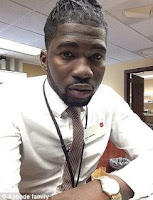 A shocking video reveals the moment a student was beaten and tasered by police just hours before he died in custody.Mathew Ajibade, 21, is shown being punched and kicked in the head during a fight with police.

He died just hours later.The distressing footage was taken in a jail in the American state of Georgia.

Ajibade lay in a restraining chair in a jail cell without being checked on for more than 90 minutes – before being found unresponsive.The video appears to show the student arguing with officers who then call in back up to help restrain him.

He is seen resisting the officers as they try to tackle him to the ground.Jurors were shown the footage in court during the trial of three former jail employees.

Sergeant Anza Rowland, Deputy Greg Capers and Deputy Eric Vinson are all charged with involuntary manslaughter.All three defendants have pleaded not guilty to the charges.

Corporal Maxine Evans and nurse Gregory Brown are accused of failing to check Ajibade's condition and faking jail records to make it appear checks had been made.

Former Lieutenant Debra Johnson, who was the night commander that day, told jurors the action was justified under jail policies in an effort to control the inmate, WTOC-TV reported.

Sheriff Al St. Lawrence fired eight deputies in connection with Ajibade's death, but none of those involved in the jailhouse brawl were charged with crimes.. 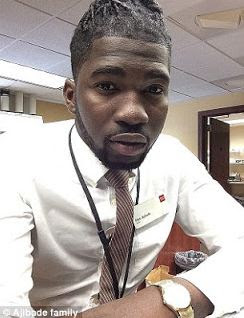 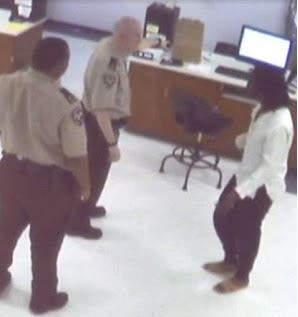 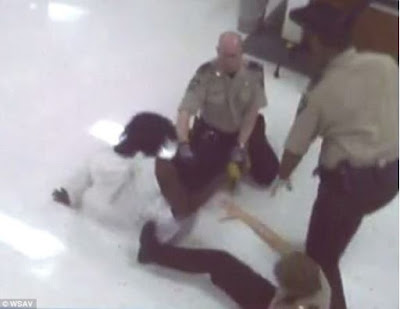 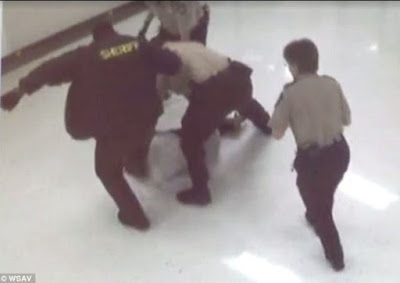 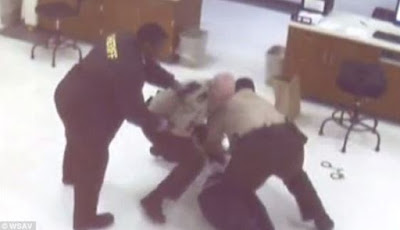