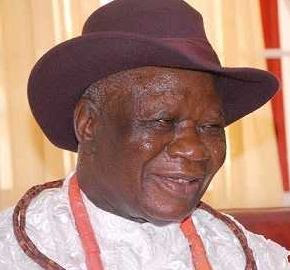 A former Federal Commissioner for Information, Chief Edwin Clark, has said he has left the Peoples Democratic Party, according to the Punch.

Clark, who was a staunch supporter of former President Goodluck Jonathan, however said he would not join the governing party, the All Progressives Congress.


The Ijaw leader said this in Abuja on Wednesday when a group, Think Nigeria First Initiative, paid him a courtesy visit at his Abuja residence.

It was however not clear if Clark quit the party because of the defeat suffered by Jonathan during the presidential election.