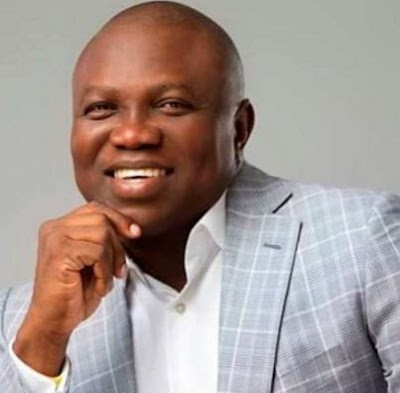 A seven-man panel of the apex court led by Justice Tanko Muhammad in a unanimous judgment, struck out the appeal by the Peoples Democratic Party’s (PDP) candidate in the April 11, 2015 election, Olujimi Agbaje, for not being competent.

The court upheld the argument by Ambode’s lawyer, Olabode Olanipenikun, that the appeal had been rendered incompetent and academic by the virtue of the fact that the PDP refused to join Agbaje to appeal against the decision of the Court of Appeal, which had earlier upheld the judgmentof the Lagos State Governorship Election Petition Tribunal to uphold Ambode’s election, ThisDay reports.
The Lagos state governor, on Tuesday, October 20, described the ruling upholding his victory as a welcome development, saying that the people’s mandate which was expressly demonstrated on Election Day has been reaffirmed by the highest court in the land.

In a statement signed by Habib Aruna, his Chief Press Secretary, the governor in his reaction to the Supreme Court ruling, said “the decision of the Supreme Court has put all issues on election matters to rest once and for all”.

The PDP candidate during the elections, Jimi Agbaje had filed a petition at the Election Petitions Tribunal challenging the Ambode’s victory at the polls.

The Tribunal on Wednesday, July 1, struck out the petition filed against the election of Ambode by Agbaje following a preliminary objection filed by the counsel to the APC Candidate, Chief Wole Olanipekun (SAN).