SaharaReporters has obtained photos and details of a multi-million dollar home in Switzerland owned by Kola Aluko, a suspected money launderer for former President Goodluck Jonathan and Petroleum Minister, Diezani Alison-Madueke. Kola Aluko is holed up in this Swiss mansion in Ticino

Mr. Aluko’s palatial home is nestled in the beautiful canton of Ticino, in southern Switzerland. Ticino is renowned for its mild winters and boasts some of the highest number of sunshine hours in Switzerland.

In a week when UK law enforcement authorities arrested Mrs. Alison-Madueke in London and agents of the Economic and Financial Crimes Commission (EFCC) searched her homes in Nigeria, Mr. Aluko was reportedly holed up in his Swiss mansion located at Catonale 17, 6948 Porza in Tocina, according to a source familiar with his whereabouts. Mr. Aluko is famous as one of the hitherto obscure individuals dusted up by the former Petroleum Minister to be fronts for her shady billion dollar schemes in the oil sector. A flamboyant man, Mr. Aluko relished his meteoric rise to stupendous wealth, purchasing villas, expensive cars, and a yacht, dating former supermodel Naomi Campbell, and partying with movie and entertainment stars in the UK, Europe and the US. Kola Aluko's mansion in Ticino

The online news platform had written several reports about Mr. Aluko’s role as one of the launderers of billions of dollars illicitly cornered by the embattled former Minister of Petroleum and former President Jonathan.

An investigation by news platform pointed to a falling out between Mr. Aluko, on the one hand, and Mrs. Alison-Madueke and Mr. Jonathan, on the other. The major contention was centered on Mr. Aluko’s indiscreet and flashy lifestyle, which triggered the former minister’s fears that his opulent acquisitions and taste could attract unwanted attention. According to sources close to both parties, the relations between Mrs. Alison-Madueke and her front soured badly after Mr. Aluko was seen in numerous photographs accompanied by Ms. Naomi Campbell. They said Mr. Aluko stopped traveling to Nigeria and absconded with a massive amount of looted money he was supposed to launder for Mr. Jonathan and the former Petroleum Minister. Kola Aluko's Yacht named "Galactica Star"

Mr. Aluko’s Swiss estate, known as Villa Rezzonico, is described by one Italian language newspaper as having “an area of 1,400 square meters, dozens of rooms, and is surrounded by a park of 4,700 square meters with a swimming pool, fitness area and several oases for relaxation.” The paper described the villa as “one of the most beautiful architectural relics of the early twentieth century or twentieth century in Switzerland.” The newspaper identified Mr. Aluko as the new owner of the mansion, adding that he carried out significant renovations and equipped the property with a sophisticated security system.

As part of our ongoing investigation into Mr. Aluko’s role as a money launderer, our correspondent rang his home number, +41 91 940 27 14. An employee who answered the call confirmed that Mr. Aluko lived at the house, but claimed he was “unavailable to speak on the phone.” This employee told a reporter that she would pass the message to Mr. Aluko. However, he did not return our call at the time of this publication.

Mr. Aluko’s sudden wealth came from his ownership of Atlantic Energy, a shady firm that received generous oil export contracts from the Nigeria National Petroleum Corporation (NNPC) six months before it was legally established as a company. Mrs. Alison-Madueke also recommended the award of at least five oil blocks to Atlantic Energy.

The news platform has learned that Mr. Aluko also owns Tenka AG, a company based in Zug, Switzerland that was formed in late 2012. Tenka AG is described as a food and hospitality company and owns a capital of 500,000 Swiss francs.

Yesterday, Nigerian leader, Muhammadu Buhari hinted that the Swiss and the UK government were collaborating with Nigeria to retrieve some of its stolen wealth and bring perpetrators of financial crimes to justice. A Reuters news report confirms that the Swiss Attorney General has confirmed requests by the Nigerian government to arrest Mr. Aluko. 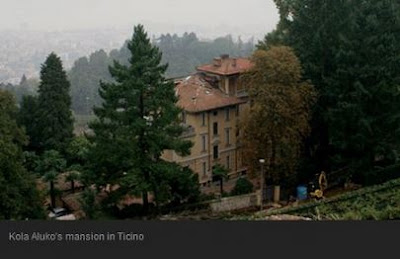 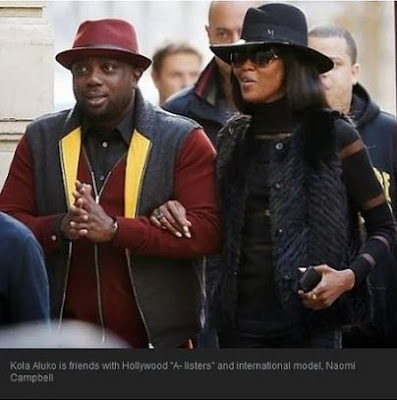