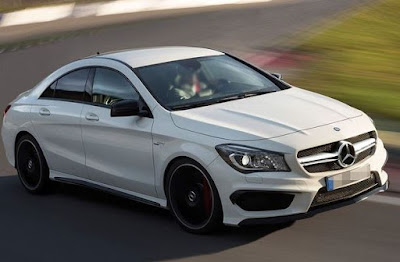 Hostel mates Andrew Griffiths, 25, and a 17-year-old youth pocketed £25 each from the sale of the 130 miles per hour AMG model and they spent it on drugs and drink.

The owner had left the four-month-old car on his drive in Middlesbrough when the pair went out “grafting”, trying car door handles, in the early hours.

They did the £50 deal in Acklam with a man who took it to Sunderland to be stripped for parts, reports the Teesside Gazette.
Police arrested them on February 2 at a homeless hostel in central Middlesbrough, and they recovered the car owner’s passport from one of their rooms.

“He accepted that he left the key on the wheel of the car for the other man to take.

“He said that it took hours to find a buyer, he was talking to hundreds of people. The proceeds were split between them and the passport was stashed.”

They were out again the next night trying car doors in the Roseberry Road area when they were arrested at 4.15am.

The car’s insurers paid out for the theft.