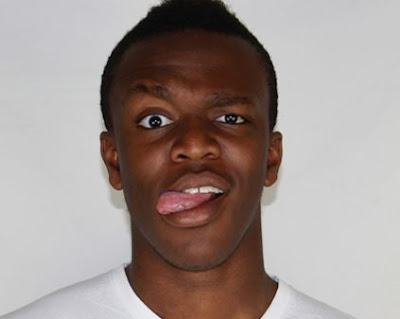 According to Forbes, he made about $4.5 million (about 900 million Naira) within the last 12 months.

UK-based KSI is described as “a video game commentator, comedian and rapper. Most of his content is targeted at teenagers and young men. He is best known for his YouTube channel, which has, as of October 2015, reached over 10.8 million subscribers with over 2 billion views!
He started on YouTube in 2006 and has grown since then. Right now, most of his uploads average over 4 million views. Though born in the UK, his parents ( who he has featured on his page)are from Nigeria.

Most of his money is made through YouTube’s Partner Program and Google Adsense. With additional revenue from brand affiliations and deals. The stated amount is after taxes and manager fees.

His hip-hop single “Lamborghini” reached number 30 on the U.K. charts in April.