Those who invited wanted ISIS chief to Nigeria arrested in Kano’ 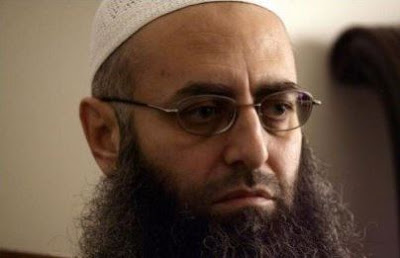 The Nigeria Immigration Service (NIS), yesterday, denied playing any part in the process that led to the issuance of Nigerian Visa to the wanted ISIS chief, Ahmed Al Assir in Lebanon, even as it said two men connected to Al Assir, who he was coming to visit in Nigeria, had been arrested in Kano and immediately handed over to the National Security Adviser, General Babagana Monguno (rtd).

The Comptroller-General of the NIS, Martin Abeshi, who debunked any complicity of the Service, while speaking at a news conference in Abuja, said “From the record available, the Immigration Service did not issue that visa. It might be the officials of the foreign affairs ministry because they also issue visa on our behalf.”
Abeshi however, said the NIS went into action to arrest those connected to Al Assir immediately it gathered an intelligence that he was coming to Nigeria.

Said the NIS boss: “When we were told that the person [Al Assir] was heading to Nigeria, the people the man was coming to visit were identified by our men. Our officers in Kano went into action and arrested the two of them immediately and handed them over to the National Security Adviser.”