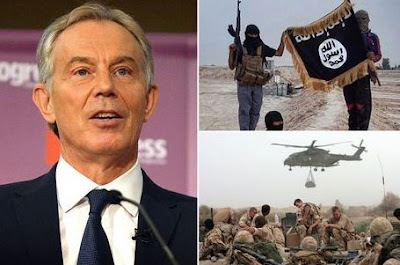 Tony Blair has apologised for mistakes made over the Iraq war and admitted that could have sparked the rise of brutal ISIS.

In an interview with CNN, when asked if the Iraq War was a mistake,the former Bitish Prime Minister said

"I apologise for the fact that the intelligence we received was wrong.I also apologise for some of the mistakes in planning and, certainly, our mistake in our understanding of what would happen once you removed the regime."
When challenged that the Iraq War was one of the principle causes of the rise of ISIS, Blair said:

"I think there are elements of truth in that."Of course you can’t say those of us who removed Saddam in 2003 bear no responsibility for the situation in 2015."

Although not apologising for removing Saddam Hussein, Blair does appear to admit he did not realise "what would happen once you removed the regime."

The comments are thought to be the first time Blair has sought any forgiveness over the war in Iraq.