US considers visa ban, financial sanctions against Alison-Madueke, others 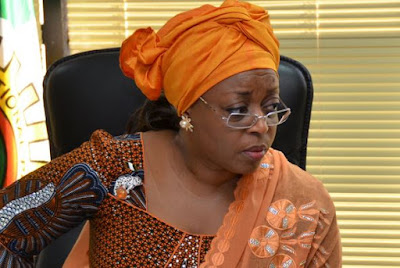 According to a report by Wall Street Journal, the US is considering a visa ban and financial ban on Nigeria's former Petroleum Minister Alison-Madueke following alleged bribery, corruption and laundering money through British and U.S. banks. Read the report below

American officials have also considered a visa ban or financial sanctions against Mrs. Alison-Madueke and a dozen of her associates, oil officials and politicians, U.S. officials said. Washington is scrutinizing whether her associates laundered money in the U.S., the U.K. and other countries, the officials said.
Both the State Department and the U.K.’s National Crime Agency declined to comment on their investigations: “We continue to work with Nigeria to fight corruption,” a State Department official said.

Together, the litany of legal actions—conducted on three continents— point to a swift but uncertain precedent for Africa’s struggle against corruption.

“The real issue is the signaling effect: that holding public office in Nigeria should not be a license to plunder,” said Bismarck Rewane, managing director of Lagos research firm Financial Derivatives Co. “It’s working. The number of bribes I’m being asked for has dropped.”

For the better part of a decade, graft fighters in Africa, having lost faith in their own courts, have asked judges in Europe and America to wage their battles.