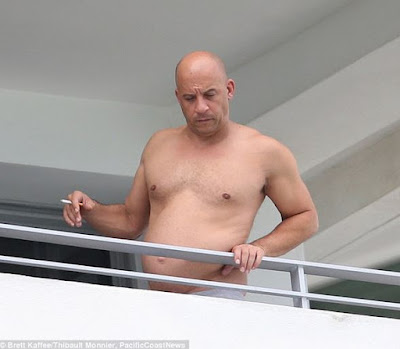 Hardened tough guy Vin Diesel made a name for himself as an action hero with hulking muscles.
But while in Miami yesterday, the 48-year-old looked surprisingly different.

The usually super buff Fast & Furious star seems to have opted out of his usual workout routine and showcased a softer-looking body while lounging in Miami. Diesel was snapped on his hotel balcony wearing only shorts and smoking a cigarette, putting his upper body on full display.

The images come just one day after Diesel hinted via a photo posted to his Facebook account that Furious 8 will be directed by Straight Outta Compton director F. Gary Gary. 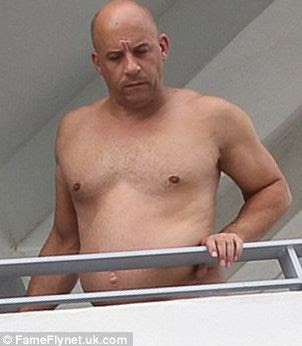 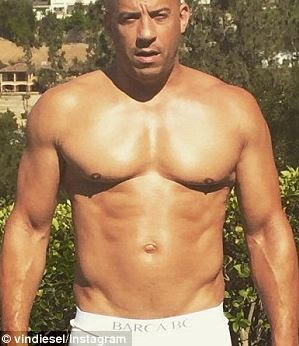 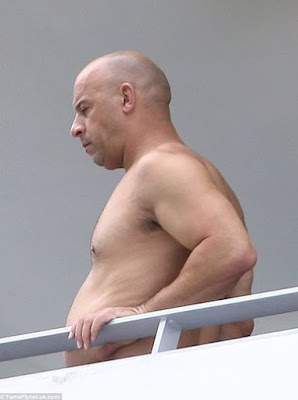 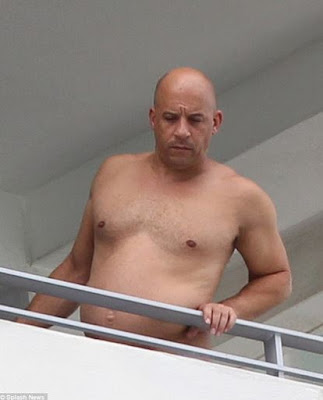 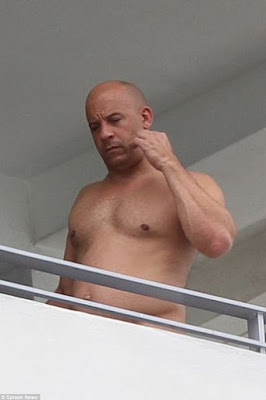 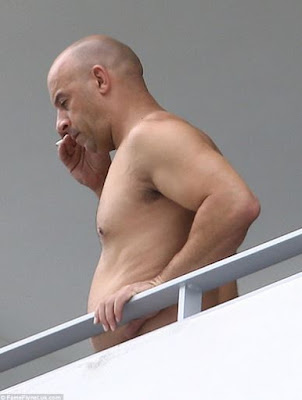 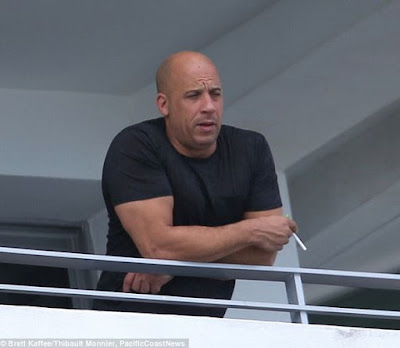 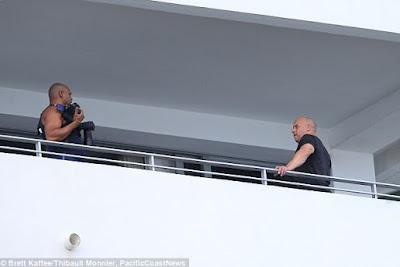