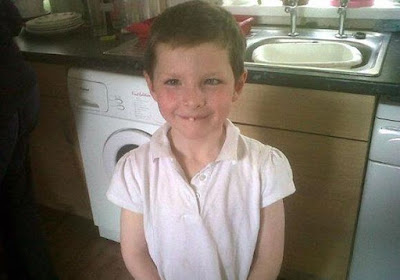 The devastated father of an eight-year-old who hanged himself after being sent to his room has told how he frantically tried to save his son.

Christopher Furniss-Roe was found in his bedroom after a childish argument with his sister over a red plastic bucket.The pair had been out playing after enjoying the school sports day where Christopher came first in a running race.

"They were both happy and excited about the sports day events and when we got back from school they went out," dad-of-four Jason Furniss-Roe said.

"Kimberly came back in and wanted to get the buckets so they got their buckets and went back out."Then she came back in saying Christopher had smashed her bucket."

Jason told Christopher - called 'Fiffa' by his sister because she could not pronounce his name - to get washed and go to bed.

"He had a shower but snuck back down to play which did not bother me because they were both outside playing happily.

"Not long after Kimberly came back in saying he had hit her so I sent him back up to bed." 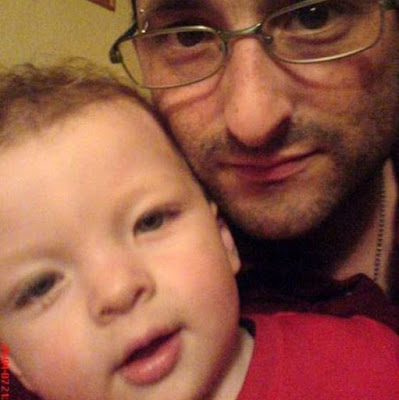 The seven-year-old's nose was bleeding.

"Ten or 15 minutes later I came back in here and said 'Shall we let him back down?"I went up to get him and when I opened the door that was when I found him.""I just could not understand how he could do it," Jason said. "I've sent him to his room loads when he was naughty and he would just sit on his bed and that was it."At the hospital I was just wishing he would show some sign that he was still there,"We were just watching the machines to see if he was doing anything. We were in the same room as him.

"We must have arrived at half-eight in the evening and it was noon the following day when my parents arrived and they turned the machines off."

The next morning other family members arrived. The nurses washed him and brushed his hair and dressed him in pyjamas.

"I spoke to him after everyone else," Jason said. "I just told him I loved him and I missed him.

"When they turned the machine off Kimberly was crying her eyes out. Everyone was. I was crying as well."