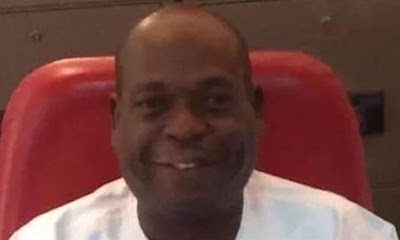 Senate President, Dr. Abubakar Bukola Saraki, on Monday, described the death of the acting Clerk to the Senate, Mr. Adedotun Durojaiye, as a colossal loss and said he was a civil servant of repute. Saraki in a statement signed by his Special Adviser on Media and Publicity, Yusuph Olaniyonu, stated that late Durojaiye passed on at a time when his experience was needed to move the Eight Senate to the next level. He noted that the Lagos-born civil servant served selflessly and was dutiful in his contribution to the course of national development. Saraki said:

"We in the National Assembly and in particular, the Senate, received the news of the demise of Durojaiye with great shock. He was a vibrant and exceptional public officer. ‎He was there at the inception of this Eight Senate. He conducted the elections of Presiding Officers. We will surely miss his vast experience, his vibrancy and commitment to legislative duties," he said.
The Senate President, however, urged the family of the deceased to take solace in the fact that late Durojaiye lived a life worthy of emulation. "My candid advise to the bereaved family is to strengthen your faith in God. We should also know that death is an inevitable end for all humans. I pray God to give you the fortitude to bear the irreplaceable loss," While commiserating with the management and staff of the National Assembly over the sudden demise of one of their own, Saraki prayed the Almighty God to grant the soul of the departed eternal rest.