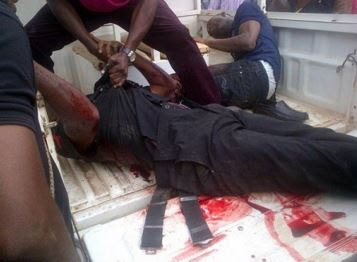 At about 7am on the morning of November 19, 2015, there was an organised armed robbery on Agbara Estate, the first of its kind in the Estate’s 37-year history. The target of the attack was Zenith Bank on Bank Road, where the vault and various ATMs were looted. There are two fatalities reported (two police guards at the bank). Several victims were injured during the attack including a pregnant woman who was shot in the leg.

According to an official press release, “Agbara Estates is carrying out an immediate review of its security operations and is collaborating with the local authorities and police force to prevent any such incident happening again on the Estate. “

Agbara Estate is a residential and industrial estate in Ogun State. It is the home of several major manufacturing plants as well as a prominent secondary school.