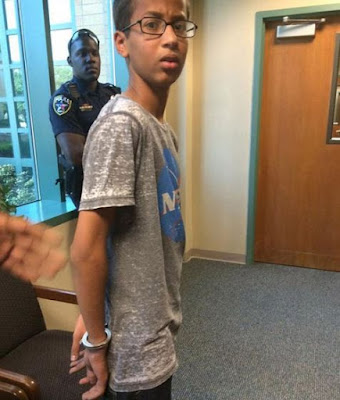 The family of a Muslim teenager who was arrested after a homemade clock he brought into school was mistaken for a bomb are demanding $15million in damages.

Ahmed Mohamed's family are also seeking an apology from the city of Irving and its schools after the 14-year-old was apprehended by police in September this year.

According to NY Daily ,lawyers representing the family sent separate letters to the city of Irving, located west of Dallas, and the Irving Independent School District, saying the ninth grade student was wrongfully arrested, illegally detained and questioned without his parents. 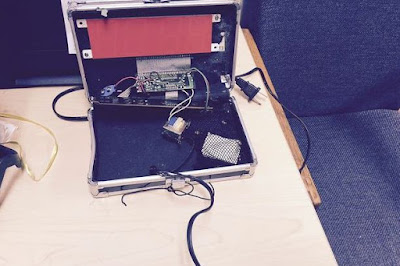 The boy's family said in October that they would be moving to Qatar and he had accepted an offer from the Qatar Foundation to study at its Young Innovators Program.