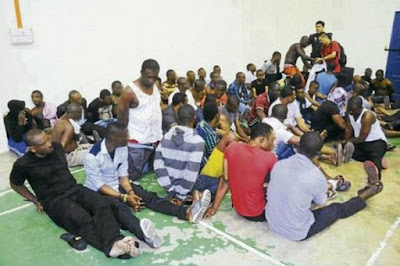 According to reports, The UK is planning to deport 29,000 Nigerians and they claim they are working with the Nigerian authority to do this. The people that they are deporting are those who don't have the right to remain in the country they said. And they say the deportation is necessary because of the migration crisis created by the troubled regions in the world.

“I think about 29,000 Nigerians have been designated to be deported. We are insisting that due process must be followed before Nigerians are really removed from the UK to Nigeria” Bamgbose had said