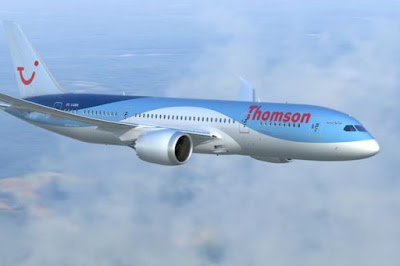 A Thomson flight carrying 189 passengers had to dodge a rocket as it approached Sharm El Sheikh, it has been reported. The London Stansted flight was said to have come "within 1,000ft" of the deadly missile and only avoided it after the pilot took evasive action.

It eventually landed safely and the passengers on board were not told about the brush with certain death.
The incident came two months before a Russian airliner crashed after taking off from the Egyptian resort on Saturday killing all 224 on board.

It is thought a bomb planted by terror group Islamic State is the most likely cause of the tragedy prompting the UK to suspend all commercial flights to and from the resort on Wednesday.
The Department for Transport has confirmed the incident involving the British jet which happened on August 23.

A source said: "The first officer was in charge at the time but the pilot was in the cockpit and saw the rocket coming towards the plane.

"He ordered that the flight turn to the left to avoid the rocket, which was about 1,000ft away," reports Mail Online.

It is thought the five members of cabin crew only found out about the incident after landing and were offered the chance to stay the night in Egypt.
However they are said to have chosen to head straight back to the UK.
The source added that the missile that nearly struck the Thomson jet was also spotted by another of the carrier’s planes as it approached Sharm El Sheikh.

It is reported they were told the rocket was from an Egyptian military exercise but now think otherwise following Saturday's incident.