Buhari not clueless but helpless - Bakare 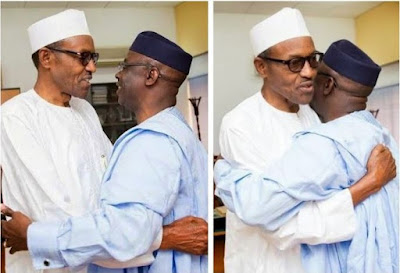 The Overseer of the Latter Rain Assembly, Pastor Tunde Bakare, has said President Muhammadu Buhari’s administration cannot be described as clueless but could be termed ‘helpless on the isssue of insecurity .

Bakare, who spoke on Channels Television, on Sunday said,

“President Buhari’s administration is not clueless but helpless on the issue of insecurity. He met with neighbouring countries, changed service chiefs and formed ties with the leaders of the Western nations to seek their support in tackling insurgency. That is why we must all rise up to support his administration.”
On the ministerial list,he said

“Buhari took his time to choose the ministers. If anyone says they are not the best or competent, the person should tell me the charges against them in court. Are those nominated competent? Are they Nigerians? I know that there is federal character. If you don’t have those you want, you pick those available. The President has said that not all of them will have portfolios. If our constitution says we must have 36 ministers and we don’t have the resources to pay them, it is time to change that constitution.”“See the case of Rotimi Amaechi with all the battles he fought with the past administration. I do not also see any horse-trading in their screening and confirmation by the Senate,” he said