Couple die while having sex in hotel hot tub 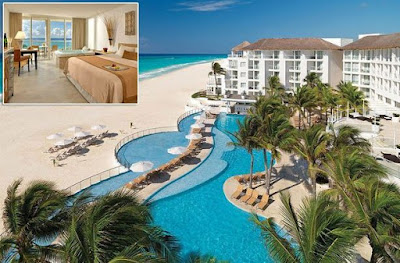 A husband and wife have both died while having sex in a hotel hot tub.Charles Mckenzie, 67, and his 63-year-old wife Dorothy were found dead in the tub at the Playaca Palace hotel in Mexico.

The Canadian pair had travelled for a holiday and their daughter's wedding.

However Charles suffered a heart attack.His wife Dorothy then died of "asphyxiation by submersion after his dead body squashed her in the tub and she couldn't get up.

The couple, from Baddeck, Novia Scotia, were both found on Tuesday morning at 10am - just two days before their daughter was due to get married.
Speaking to Canadian reporters, Mr Mckenzie’s brother-in-law Douglas Hastings said

: "I know that they’re more concerned about the remains and cremation and things like that.

"I don’t really know about the wedding."

Initially it was feared that they could have died following a hot tub malfunction, but that was quickly ruled out by hotel bosses.