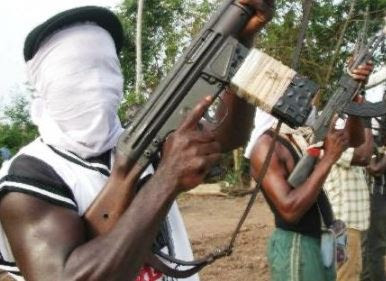 THISDAY learnt that unknown gunmen trailed the politician to his residential area in Urhunwhorun in a Volkwagen Jetta car, before blocking him and shooting him at close range and escaping before anyone could challenge or stop them.

The deceased was said to have called his wife earlier on phone that he would be home early for dinner on Saturday night.

Following his loss at the April election, Obodo had challenged the victory of the winner of the said election, Mr Dennis Omovie of the PDP at Delta Assembly Election Petitions Tribunal sitting in Asaba,

He was also alleged to have severally reported to the police that some unknown persons had been threatening his life.

When THISDAY contacted the Delta State Police Command acting spokesman, Mr. Charles Muck (DSP), he said that he was "yet to be inform about such an incident" but promised to check with the local police divisions to ascertain the reported claims and current situation regarding the matter.

Local commentators especially in social media are already expressing hope that Obodo's death would not be added to the series of unresolved high-profile murders in the state and country believed to have political undertone.

Incidentally, a former governorship aspirant, Ogbe Onokpite was a couple of years ago also shot dead under mysterious circumstance in the same neighbourhood in Udu local council area.