How Charlie Sheen slept with both male and female P0rn Stars 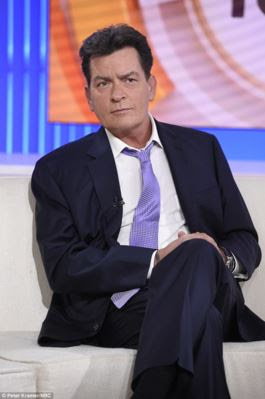 Here is what they are reporting:

He gets everyone to sign a non-disclosure because he doesn't want you talking about the crazy stuff that goes on in his house but people do.

'They all talk because when they leave there with $25,000 they can't help but talk.'

'Charlie's been smoking crack since at least 2010,' he said. 'This hasn't slowed down since then - he's still active.

'Within the last six months his health condition is not good. I'm not saying whether that's got anything to do with HIV but I heard he looks like a mess.

'He's skinny, pale, he doesn't get out in the sun - he looks unhealthy. He has bandages on him, he's bleeding and he has band-aids all falling off - he just looks like a mess.