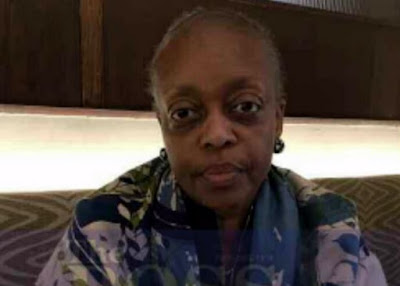 A former Minister of Petroleum Resources, Mrs. Diezani Alison-Madueke, has said she did not use her position to steal Nigeria’s money.

Alison-Maduekwe, who looked frail told the Publisher of Ovation Magazine and TheBoss Newspaper, Dele Momodu, said she performed her duties to the best of her knowledge and abilities.

The former minister had been alleged to have used her position as minister to steal billions of naira from the country’s coffers.

However, she has never been officially charged or tried for these allegations and has strongly denied any wrongdoing. She was alleged to have spent billions of dollars inappropriately on private jets and responsible for some missing $20bn.

She is also widely accused of reckless spending of government funds.

In October 2009, the Senate indicted her and recommended prosecution for the alleged transfer of N1.2bn into the private account of a toll company without due process and in breach of concession agreement.

However, the allegations have never been taken to law, and the former minister had maintained innocence.