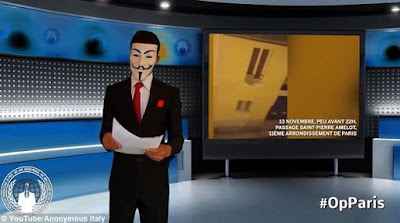 After over 5000 ISIS twitter accounts were taken down by hackers Anonymous,ISIS militants have hit back at them, branding them 'idiots'.


ISIS jihadists, who use a number of encrypted apps an internet services to communicate and use social media under the radar, are clearly unimpressed with Anonymous' efforts.

In response to the declaration of war byAnonymous, ISIS affiliate the Islamic Cyber Army took to encrypted smartphone-messaging app Telegram to dismiss Anonymous as 'idiots'.According to New York Magazine, they wrote.

'What they gonna hack…all they can do is hacking twitter accounts, emails, etc…,' 'Do not make your email same as your username on twitter this mistake cost many ansar [users sympathetic to ISIS] their accounts and the kuffar [non-Muslims] published their IP, so be careful.'