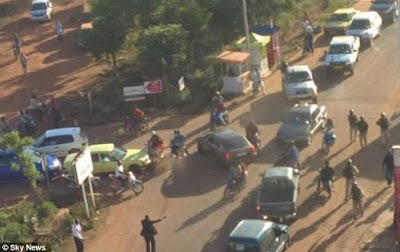 Armed jihadists have gone on a deadly shooting rampage and taken 170 hostages at the Radisson Blu hotel in Bamako, Mali.

According to Sky News,automatic weapons fire has been heard on the seventh floor of the 190-room hotel, where three militants have taken 140 guests and 30 members of staff hostage.The hotel is frequently used by Air France crew in Mali. Malian army commander Modibo Nama Traore said 10 gunmen stormed the hotel Friday morning shouting "Allahu Akbar" or "God is great" in Arabic before firing on the guards and taking hostages.


According to a statement by the Rezidor Hotel Group

As per our information, two persons have locked in 140 guests and 30 employees

The US embassy in Bamako has urged embassy staff to seek cover from the attack, tweeting that all Americans in Mali should 'shelter in place'. 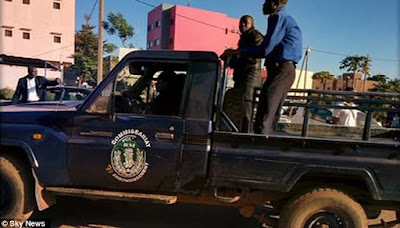 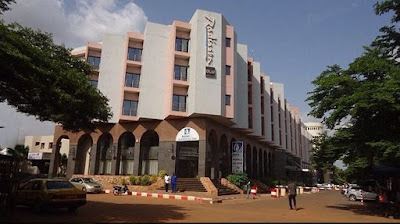