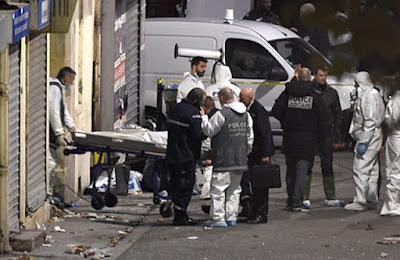 The mastermind behind the Paris massacre, Abdelhamid Abaaoud, is dead, according to two senior intelligence officials. According to Washington Post ,the 27-year-old Belgian jihadi leader is said to have been killed by French commandos when a flat was raided in the early hours of this morning. More than 100 armed officers stormed a flat in Saint-Denis believing Abaaoud was inside with six other terrorists. 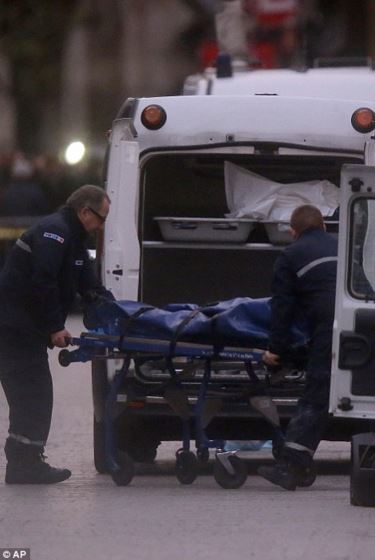 Eyewitnesses said a blonde female suicide bomber who blew herself up during a raid by French police screamed 'Help me, help me' moments before detonating a device as snipers opened fire. This afternoon police were seen removing two bodies from the apartment...